This Honda CB500 race bike was built in the 1970s by engineer Brian Brownrigg for Bolton based rider Chris Hawkes, the bike won three separate championships at the time, it was later slightly modified and registered for a road use.

The 1970s was a time when the European old guard of the motorcycle world was being beaten down by Japanese newcomers, upending decades of history and bringing the industry to rapid decline. Motorcycles like the Honda CB500 shown here have been key to that success.

The Honda CB750: An Industry-Transforming Superbike

The Honda CB750 was released in 1969 in response to US dealer demand for a larger capacity motorcycle to better challenge the dominant motorcycles from companies like Harley-Davidson, Triumph, Norton and BSA.

Like almost all 1970s racing bikes of this type, this CB500 has a full fairing with windscreen allowing optimum top speed in a straight line.

What no one knew at the time was that this new model would unleash a motorcycle tsunami that would topple many of the world’s top brands, fundamentally changing the motorcycle landscape forever.

Thanks to the incredible success of the CB750, Honda developed a new model based on the same architecture, but aiming to achieve in the middle-duty market what the CB750 had achieved in the heavy-duty market.

This new motorcycle would be the Honda CB500. It featured a new engine that looked very similar to its bigger brother, but used new block, barrel and head castings, with all new internals.

Like its larger predecessor, the CB500 was an inline-four with a single overhead cam operating eight valves, two per cylinder. It was equipped with four carburettors and the engine was built in one piece, with an electric starter and a front disc brake. 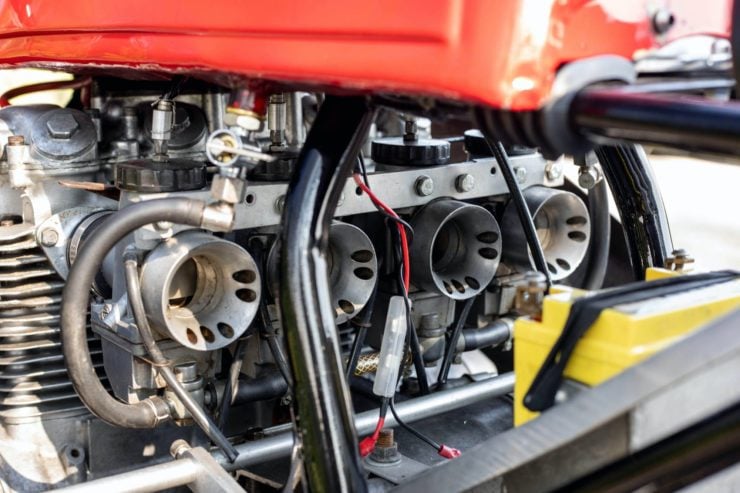 This engine now has a displacement of 550 cc, it is also fitted with a Yoshimura YH-2-1 camshaft, Honda CG pistons, a bank of four Mk2 Amal 20 mm carburettors and a kit of Kibblewhite valve springs.

Power output was a respectable 50 bhp and top speed was 185 km/h, both excellent figures for a motorcycle of this displacement at the time.

The CB500 produced as much power as many larger 650cc engined motorcycles, but without any leaks and without the hassle of using a starter to get it started every day. The model quickly became a best-seller and it wasn’t long before it started being modified for use on the race tracks.

Perhaps the most successful racing version of the CB500 was the one raced by Bill Smith at the Isle of Man TT in 1973, he won the 500cc TT Production race, finishing 8.2 seconds ahead of runner-up Stan Woods.

The bike you see here is a highly modified Honda CB500, it was built by successful engineer and rider Brian Brownrigg for Bolton-based rider Chris Hawkes. 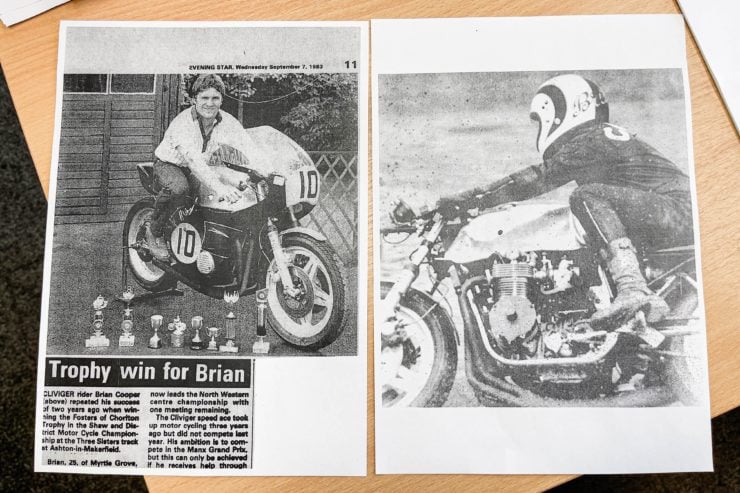 This bike has a well-stocked trophy cabinet, it won three separate championships at Three Sisters and led the Ace of Aintree championship among many other strong finishes.

During the winter of 1982 the bike received extensive mechanical maintenance including a ported cylinder head, white metal shell bearings and the crank stripped so that the connecting rods were polished and balanced.

A few years later, in 1997, the bike was registered for the road for the first time, it retains its UK road registration, potentially making it an ideal weekend bike for B-road adventures.

If you want to know more about this unusual CB500 or register to bid you can click here – it is currently offered for sale in a live online auction by Collecting Cars. 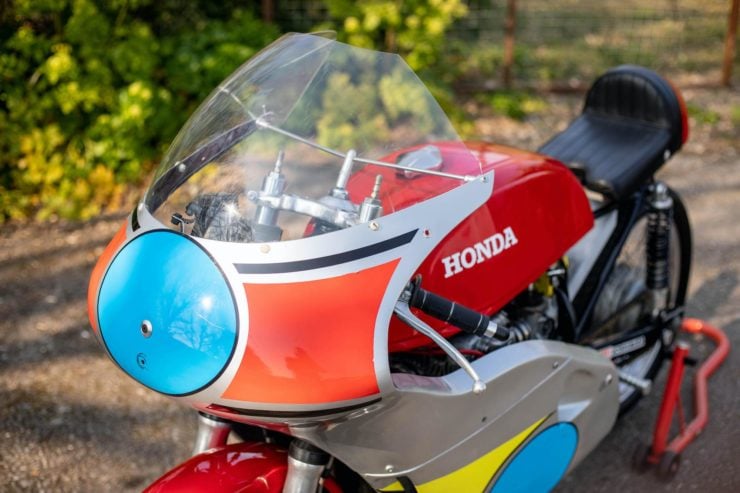 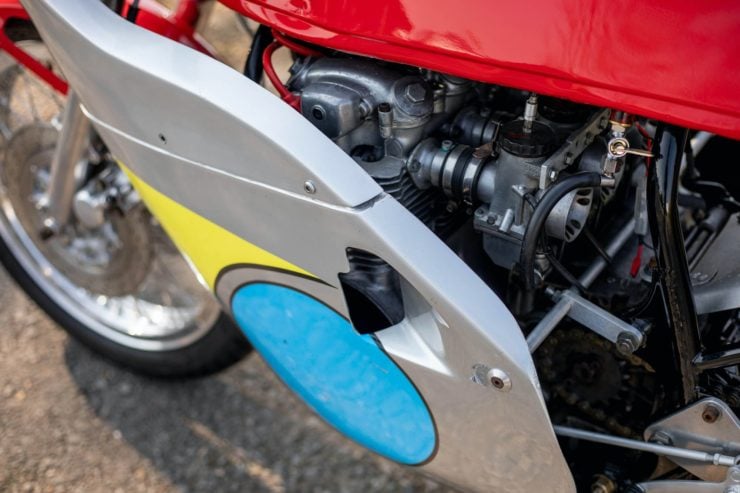 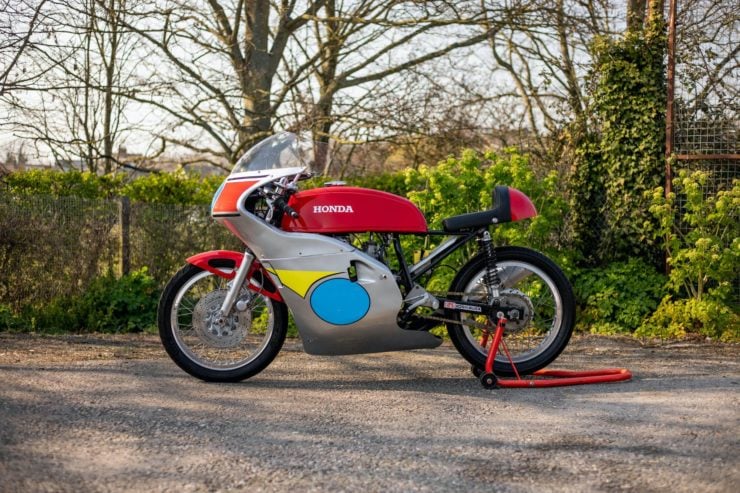 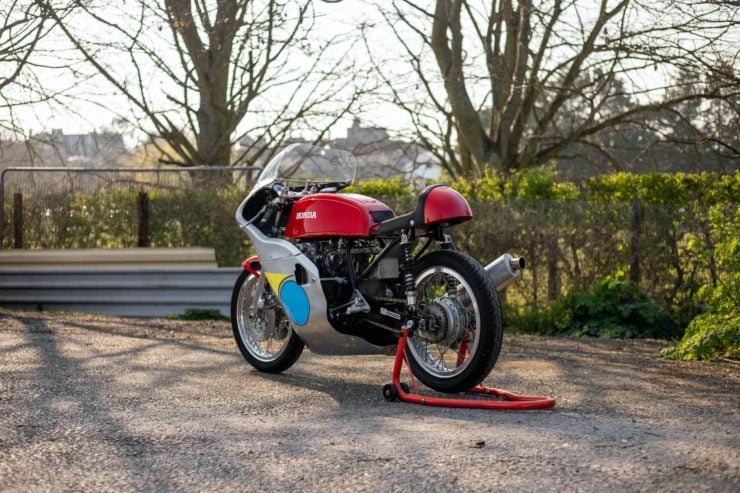 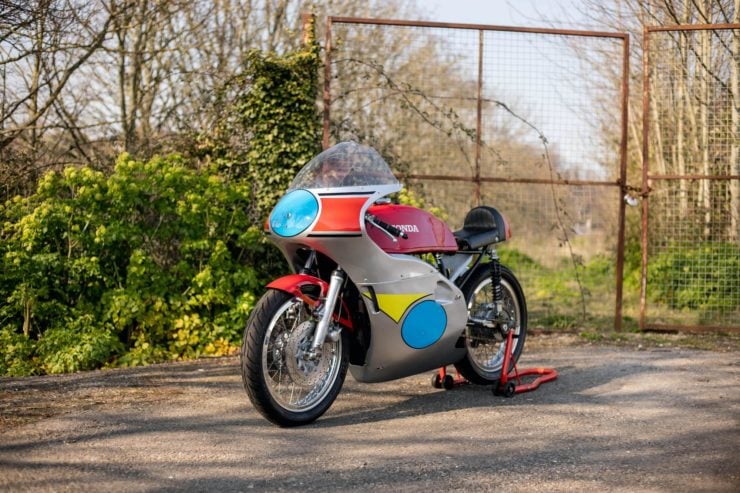 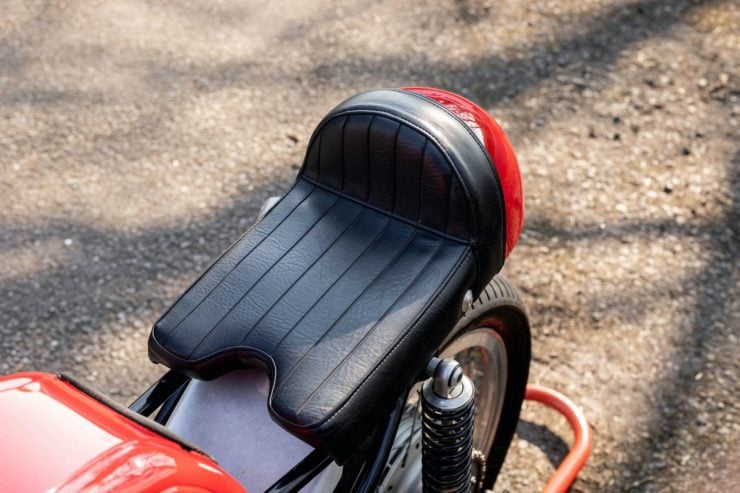 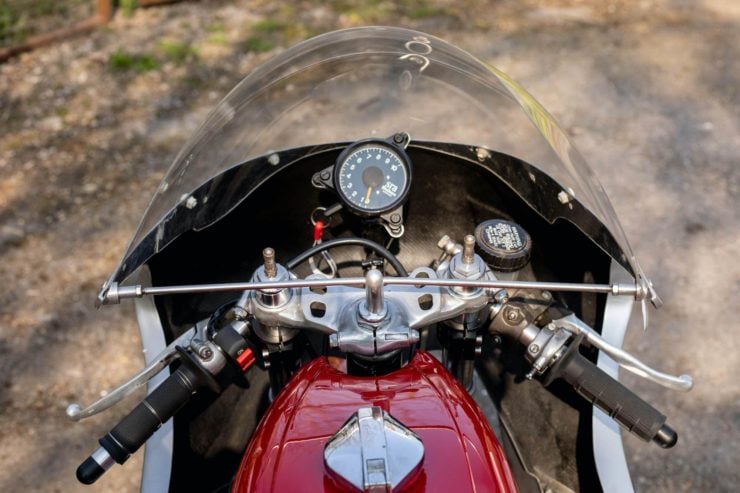 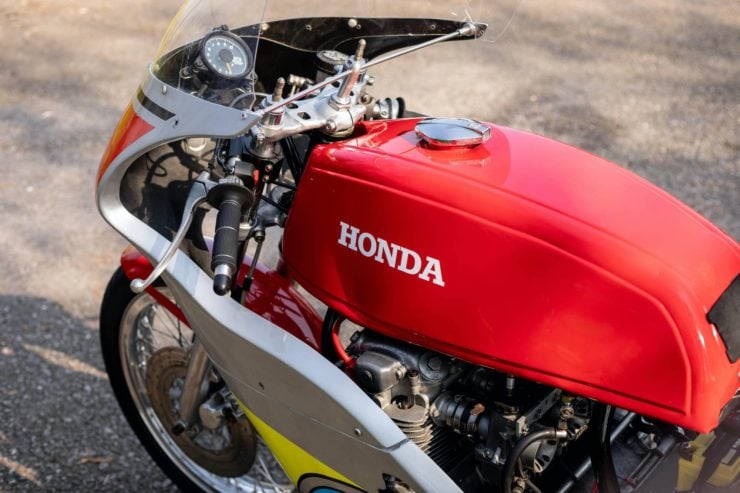 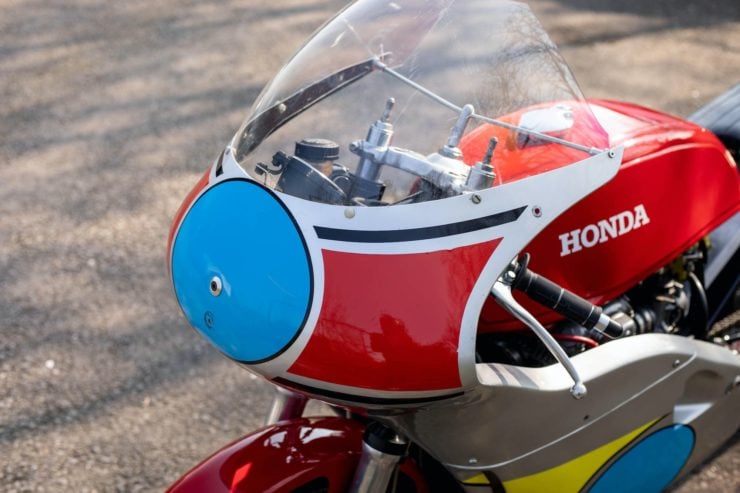 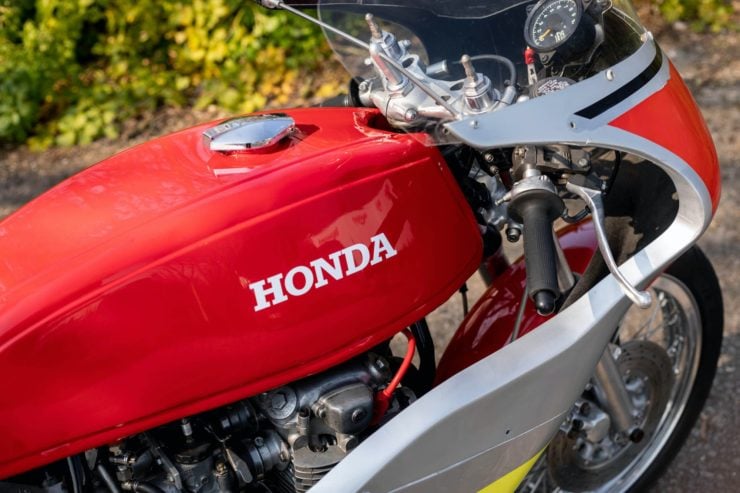 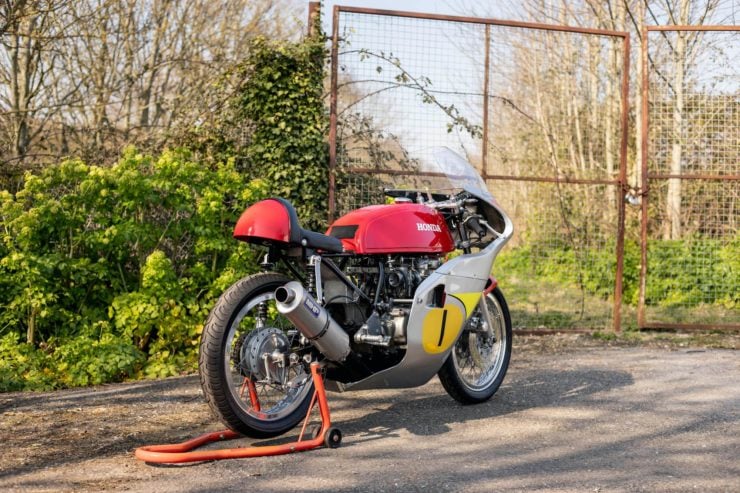 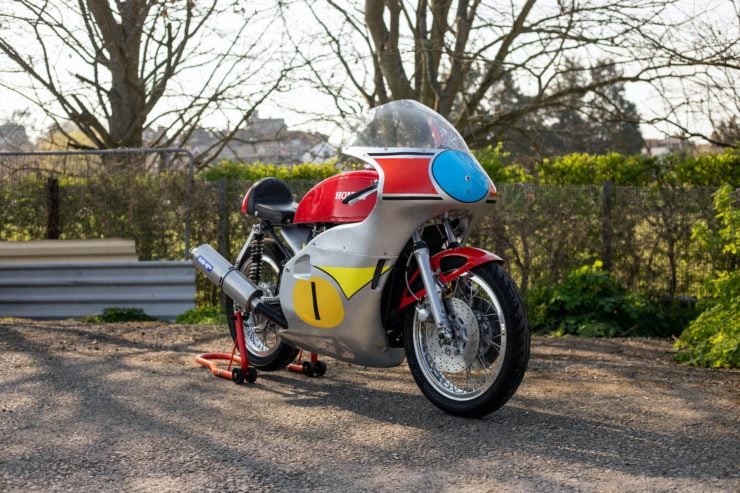