The MV Agusta 750S came out in 1970, it was a superbike the world had been asking for for years, but there was just one catch – it cost almost three times as much as a Honda CB750.

The crown jewel of the MV Agusta 750S was its engine, an advanced inline four-cylinder all-alloy engine with double overhead camshafts, electric starter and unit construction including a 5-speed gearbox. It was one of the most technically sophisticated motorcycles in production at the time of its unveiling.

The real story of the MV Agusta 750S dates back to the 1920s, when two young Italians named Carlo Gianini and Piero Remor developed a 500cc SOHC inline four-cylinder motorcycle engine capable of developing 28 bhp – an astonishing figure for the time.

Dorino Serafini leaned on his 1939 Gilera Rondine. An advanced transverse inline-four with a supercharger and double overhead camshafts capable of over 80 hp.

It wasn’t the first inline-four fitted to a motorcycle, but it was the first to be transversely or laterally bolted. Earlier inline-four motorcycles had them mounted longitudinally, resulting in a long wheelbase and insufficient cooling of the rear cylinders.

Gianini and Remor had proven the concept, but they suffered from a severe lack of funding to continue development. Fortunately, aero-engine builder CNA stepped in and took over the project – developing the engine into a liquid-cooled, supercharged DOHC inline-four, now capable of over 80hp.

Named the “Rondine”, it is said to be the motorcycle engine that propelled 1st and 2nd place finishes in the 1935 Tripoli Grand Prix in Italy.

The Arrival Of Gilera And La Rondine

Shortly after the success of the Rondine-powered motorcycles at the Tripoli Grand Prix, the design was purchased by Guiseppe Gilera of the Gilera motorcycle company. 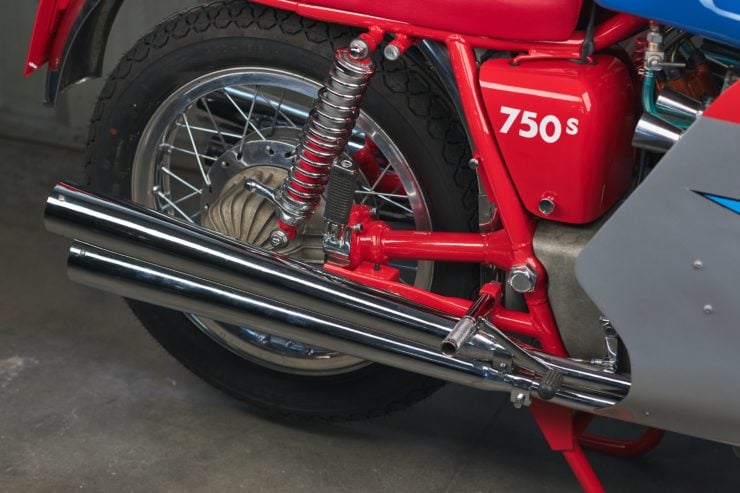 Perhaps the only flaw in the 750S’s armor was the fact that it came with a shaft drive that wasn’t suitable for racing. Aftermarket kits were available to change it to chain drive if the owner wished.

Gilera engineers developed a modified version of the Rondine engine and continued to compete with it until the outbreak of World War II in Europe in 1939.

After the war a new transverse inline-four was developed from scratch, it was one of the most advanced motorcycle engines in the world at the time and it propelled Gilera riders to a multitude of race and championship victories.

In 1949, MV Agusta successfully hired the Gilera team’s chief engine designer and chief mechanic – Piero Remor and Arturo Magni respectively. It was the same Piero Remor who had co-developed the first transverse inline-four in the early 1920s.

It was a major coup for MV Agusta, the pair set out to design a 500cc transverse four that was so similar to their original Gilera design that people were wondering if any parts could be swapped between them. 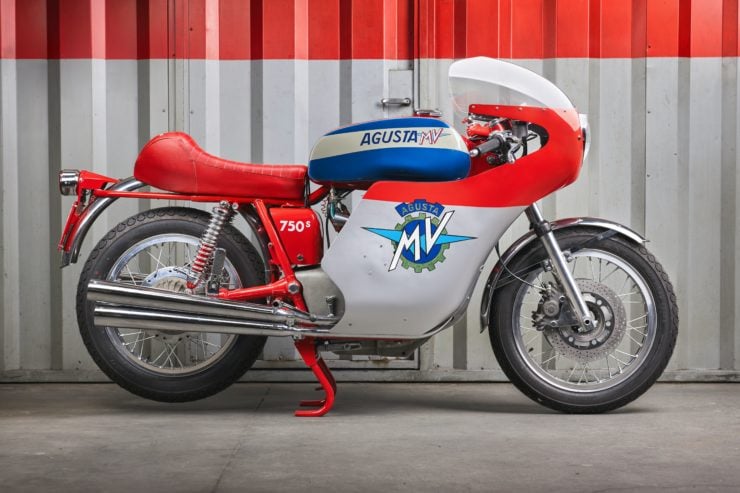 The MV Agusta 750S has been called one of the finest motorcycles of its time, and it’s not hard to see why.

For years, Grand Prix motorcycle racing fans have been clamoring for a road-legal production version of the MV Agusta race bikes.

The company had held that back, no one is quite sure why, but the most likely reason seemed to be that they didn’t want privateer racers competing alongside the factory race bikes and possibly beating them.

The company finally acquiesced in 1965, releasing the MV Agusta 600 – a cruiser-style motorcycle fitted with a 600cc version of their famous transverse quad. The bike wasn’t particularly attractive, it certainly wasn’t sporty, and it cost a small fortune.

Sales of the 600 were dismal and in 1970 the company finally gave the motorcycling public what they had always wanted – the MV Agusta 750S. 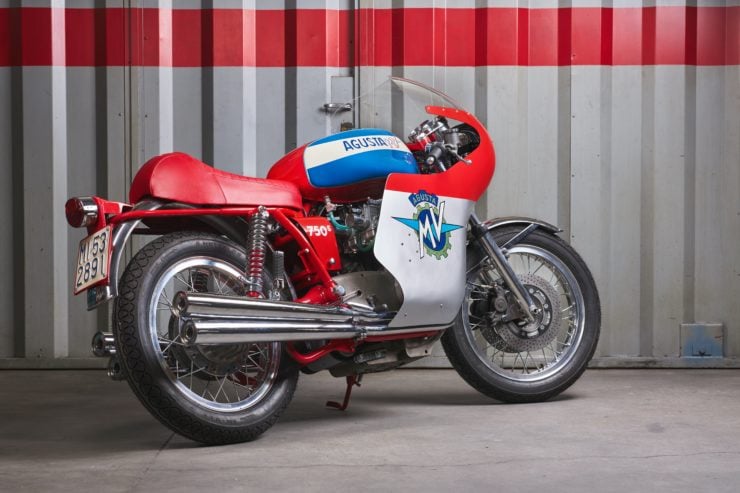 The four-cylinder engine had four carburettors at the rear of the head and four exhaust manifolds up front, which fed four mufflers.

Now, with its engine bored out to 743cc, the DOHC transverse four-cylinder produced 72bhp at 9,200rpm and had a top speed of 200kph or 120mph. It cost three times the price of the Honda CB750, a Japanese motorcycle that was no doubt inspired by the powerful Italian fours.

Sales were relatively slow, with just over 100 built per year for five years, 583 were built in total. Today, they are among the most collected superbikes of the era.

The MV Agusta 750S you see here is a 1974 model, the penultimate year of production. It’s finished in the company’s classic red/blue/white livery.

Perhaps most interestingly, it was recently restored to concours condition by none other than Giovanni Magni – the son of Arturo Magni, who was Race Director for MV Agusta throughout the 1950s, 1960s and 1970s.

It is to be auctioned live online, with bidding starting in four days at the time of writing. If you want to see more, learn more or register to bid you can see the list here. 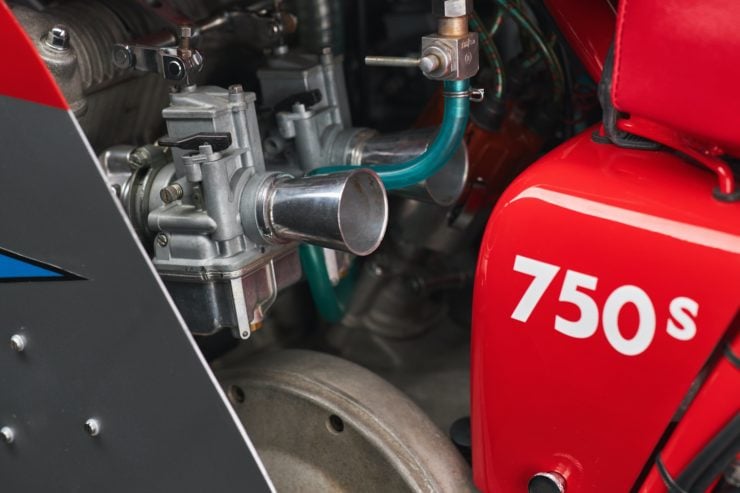 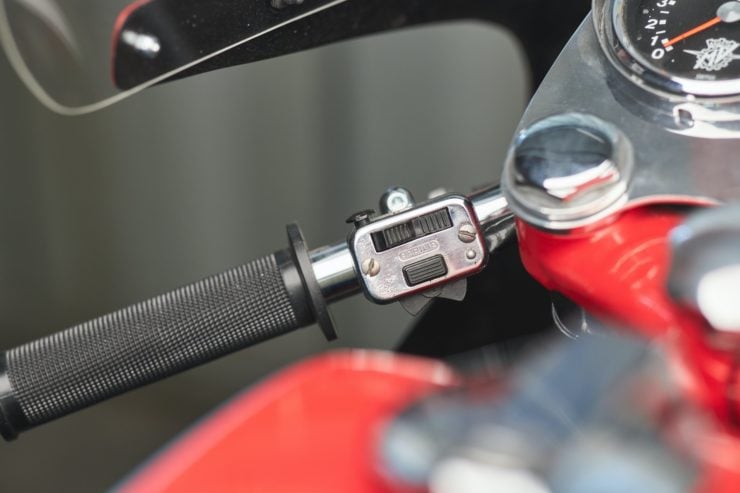 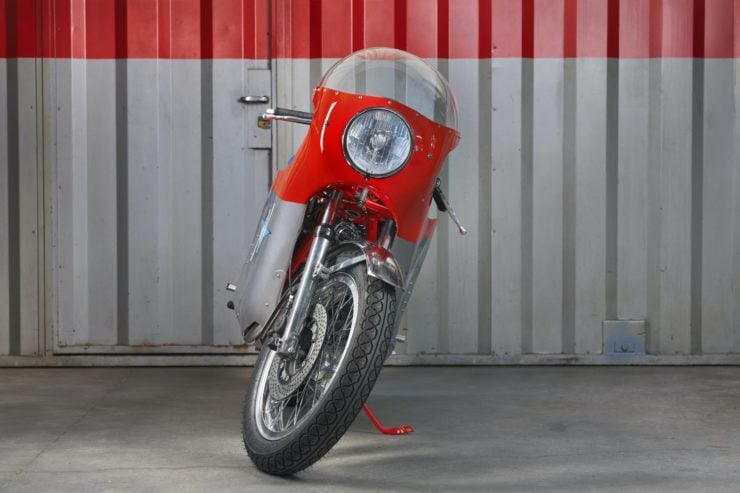 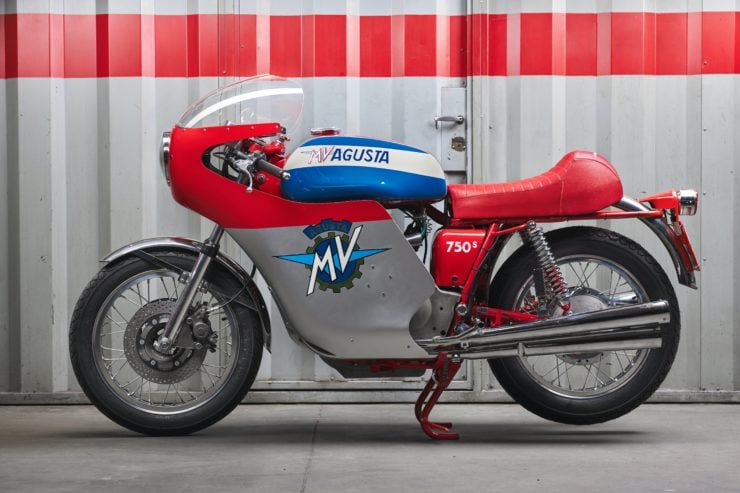 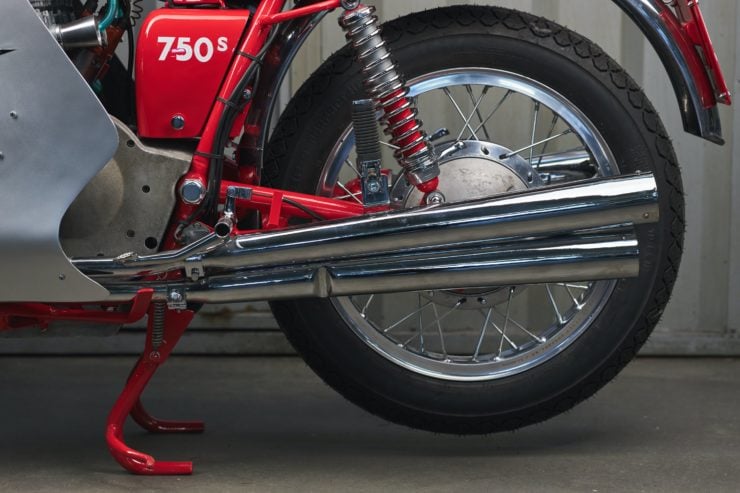 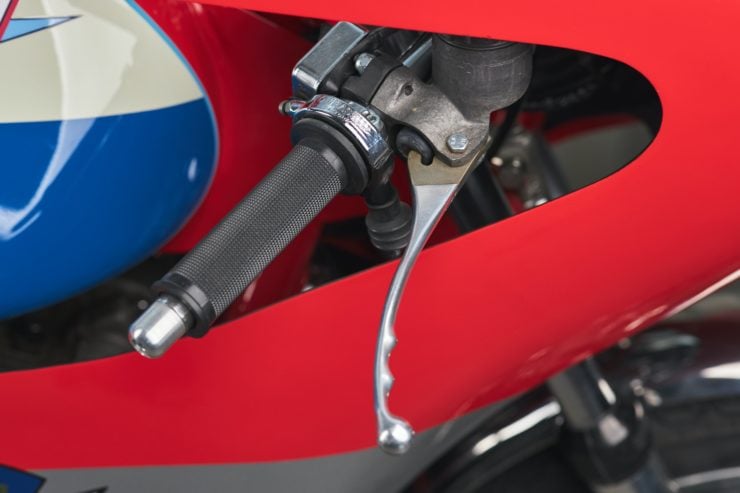 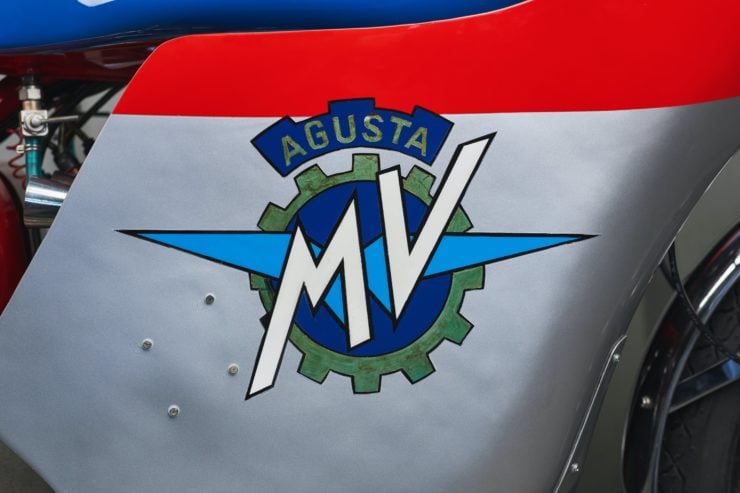 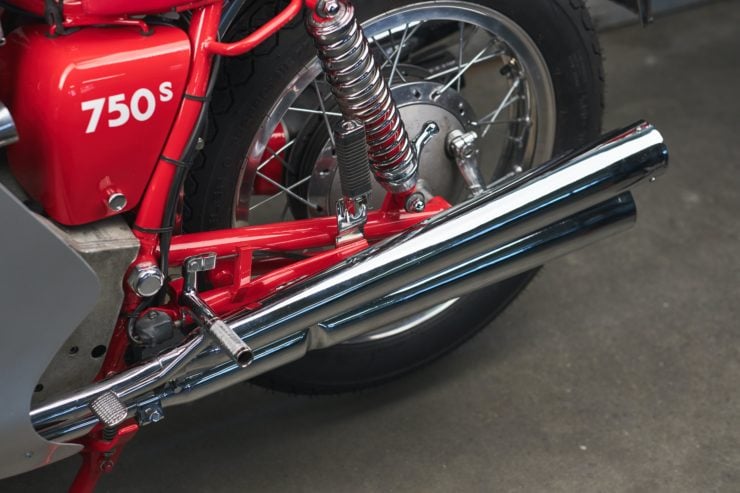 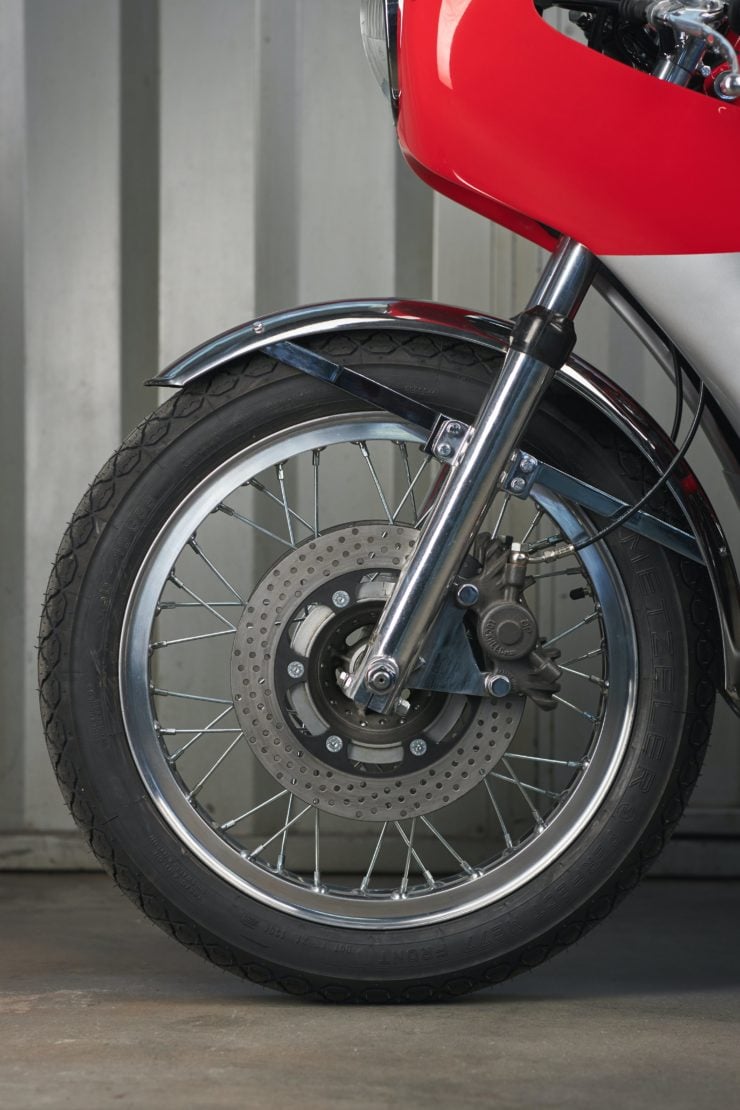 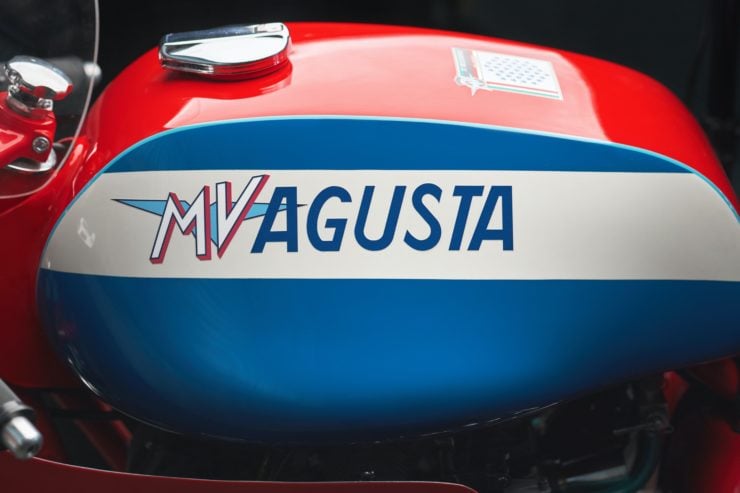 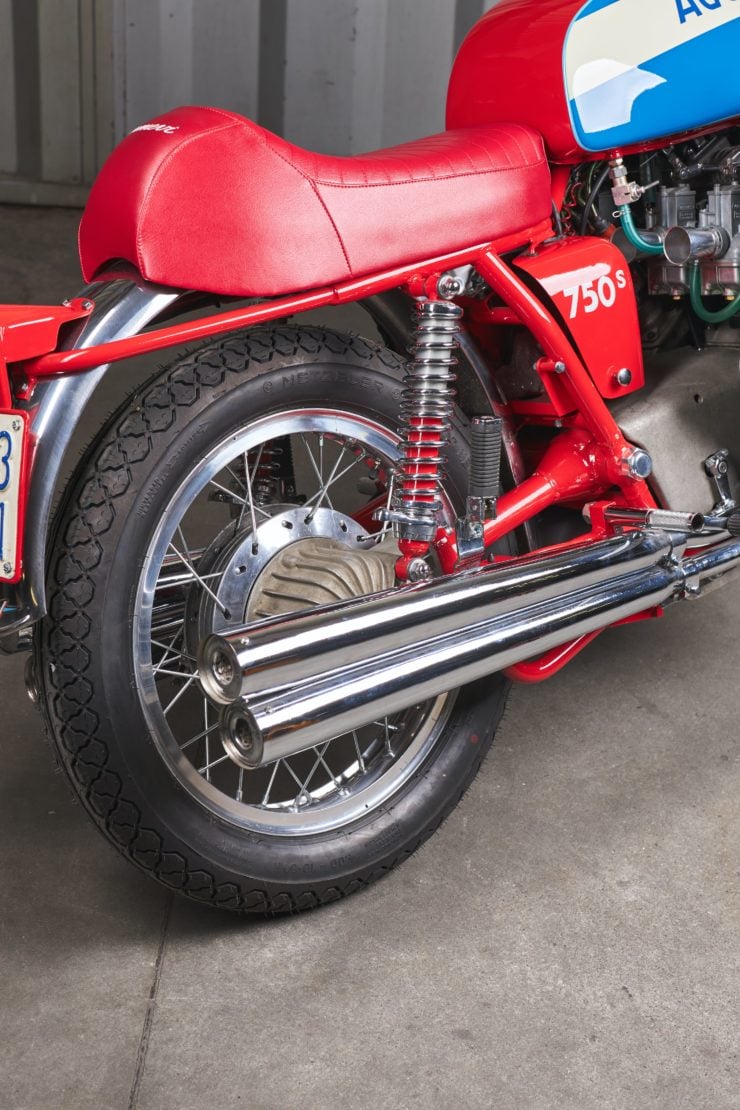 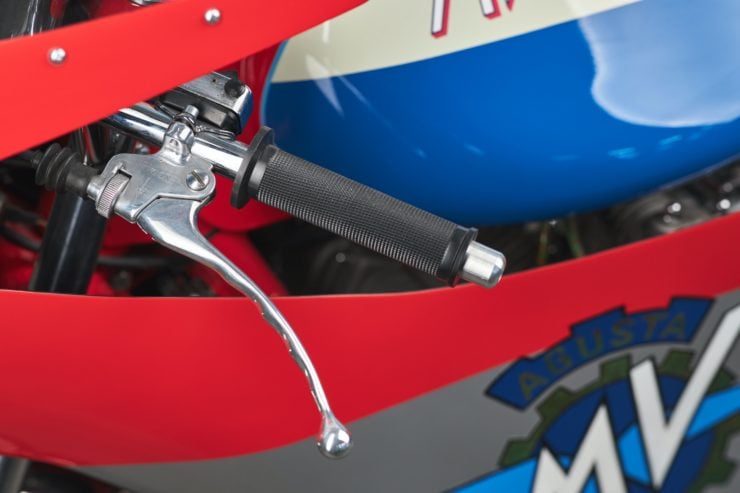 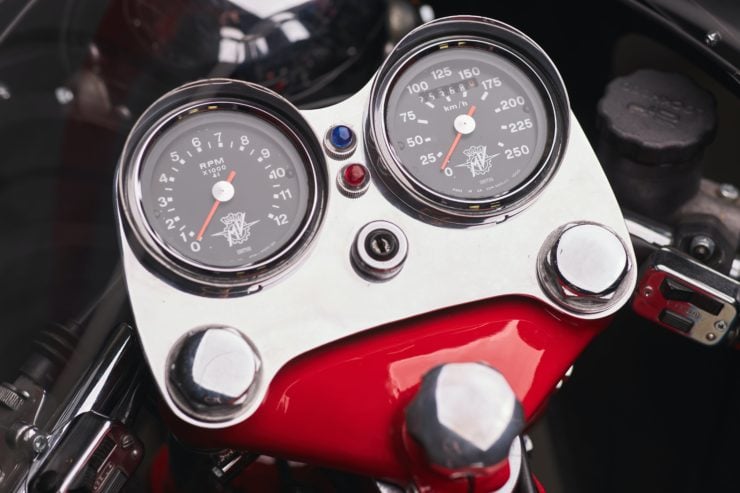 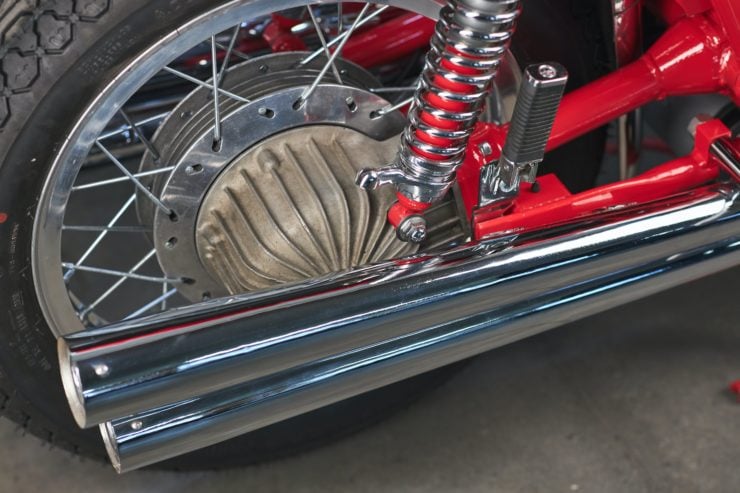 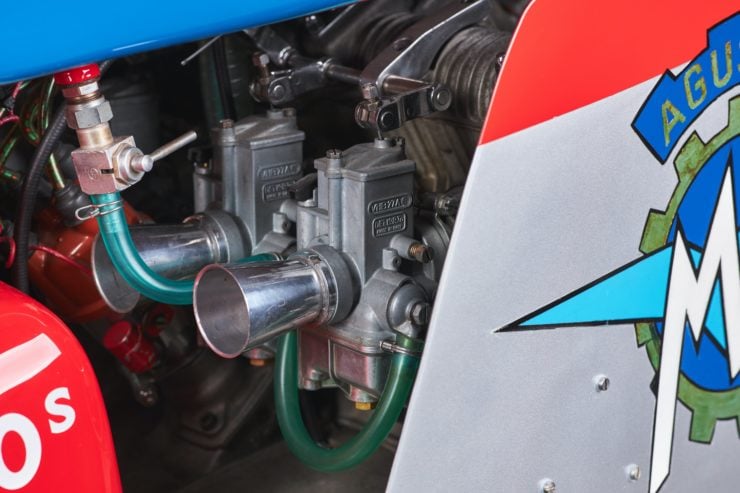